Contrary to champagne, Prosecco does not undergo fermentation in the bottle. Except in certain cases, the Charmat method is used, in which carbonation occurs in large stainless steel tanks. The sparkling wine is bottled under pressure, directly from the tanks, and the whole process can take several weeks. This approach explains the accessible and festive character of this Italian bubbly, and its production costs, which are lower than the traditional method.

Over the past 25 years, Prosecco has experienced phenomenal growth. In the early 1990s, about 20 million bottles of sparkling wine were produced within this appellation. Today, it’s 20 times that amount—and it hasn’t stopped yet, because last year, the cultivation of 3,000 additional hectares of these vines was authorized. Since 2014, Prosecco has sold more bottles than Champagne, on a worldwide scale. At first confined to the Valdobbiadene region, the Prosecco appellation today covers a vast territory in two regions, Veneto and Friuli-Veneto Giulia.

If the majority of Champagnes and Cavas are sold in the brut form (meaning less than 12 grams of sugar per litre), a higher proportion of Proseccos fall under the categories extra dry (12-17 grams) or dry (17-32 grams). This seductive sweetness is also advantageous when served with brunch, especially when fruits and maple syrup take pride of place, or with the classic Italian biscotti. In Italy, Prosecco is also enjoyed as an aperitif, with salty snacks: prosciutto, canapés, cheese or salmon. It’s also an essential ingredient in many effervescent spritz cocktails, where it is combined with delicious and often bitter drinks like Campari, Apérol or vermouth. Thanks to its simple, light aromas, it brings freshness and brightness to the whole drink, without overshadowing other flavours in the mix. The harmony that Prosecco brings to cocktails is also related to its relatively high alcohol content.

The aromatic palette of Proseccos is not lacking in charm: pear, green apple, baked goods, almond, lemon and citrus zest. These simple, fresh aromas, typical of the Glera grape variety, are loved by everyone. Having said that, Prosecco also has a certain hierarchy. Among the 20,000 hectares currently in production, in the general Prosecco appellation of DOC, about 6,900 have the right to the superior label of Prosecco-di-conegliano-valdobbiadene DOCG, in this historic region that produces the effervescent wines. Below are two suggestions for Prosecco that show off its finesse, a certain complexity, and a moderate alcohol content. 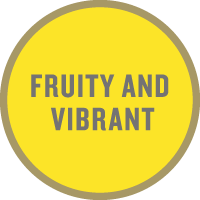